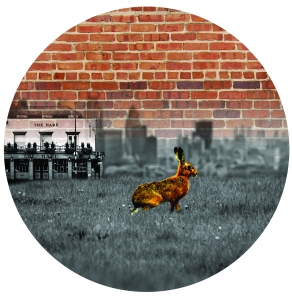 The Hare has existed on this site since the 1770s with the current pub built around 1860. The pub is genuinely independent from the mainstream brewers though it had some help from them for a refurbishment three years ago.

The Hare is run by Julian Apperley. Julian managed another local pub for nearly five years before arriving at the Hare which was a rather run down house with potential.  He arrived nearly 14 years ago and is a fully trained publican having learned his trade at Young’s of Wandsworth.

Julian is a real Pub traditionalist with a passion for good local ‘boozers’. The Hare is run with this very much in mind as the area is now flooded with Gastro pubs.

If you need a pub with quality service, a wide range of beers and great atmosphere the Hare is ready to welcome you. Service is high on the list of priorities and Maceili, Matt, Chris and Charlotte will ensure that you are served politely and professionally.

The Hare is a Free House, allowing Julian the flexibility to stock a wide range of beers. There are six lagers, three cask ales, three ciders as well as Guinness which is always top quality.

There is also a wide range of Malt Whiskys, Gins, Rums and Bourbons as well as Sambucas and shots.

The Hare is renowned for its football coverage with three screens and one outside for the smokers who don’t want to miss a kick. Our latest acquisition is a huge screen which reels down for the really big games (or big crowds). Rugby and Cricket are also shown regularly. Julian is an avid fan of a certain North London giant but rest assured all clubs are shown at The Hare and the atmosphere for some of the games is truly enthralling.

The outside area was created when the smoking ban came in and is a cosy little beer garden both for non-smokers and smokers.